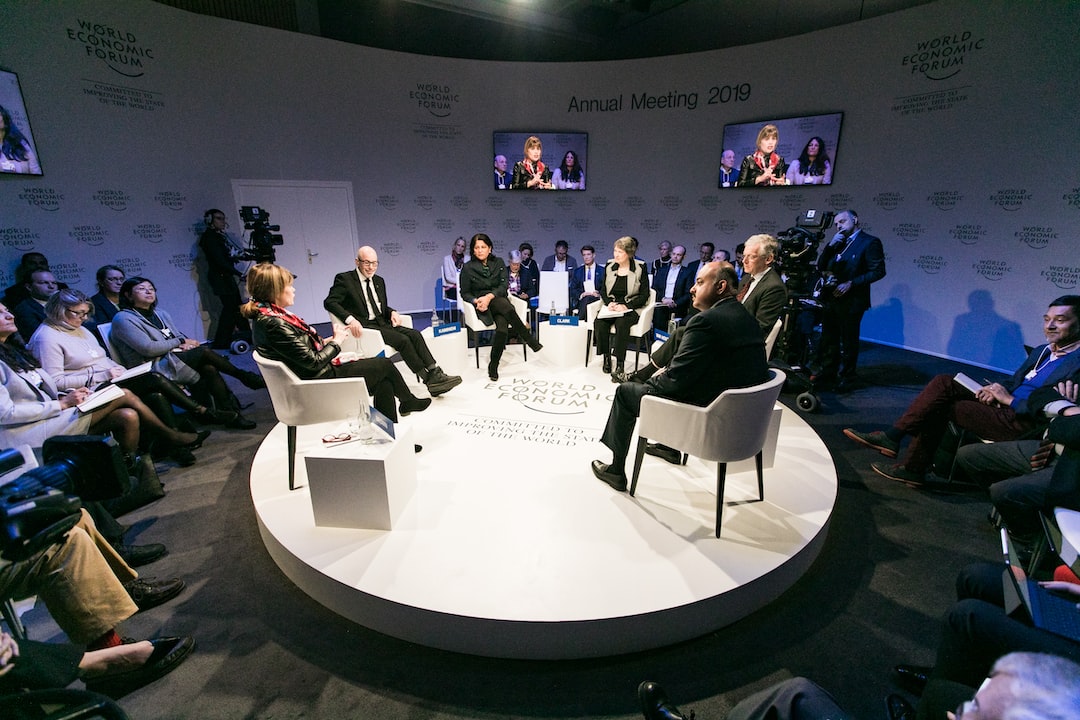 Before Steve McQueen speaks, he pulls his clear-hued spectacles apart at the centre, letting them fall in two halves to rest on his navy sweater just below his clavicle.

“You know what’s interesting about growing up as black child in the UK? From an early age you’re asking ‘who, how, why, where and what?’ because you become acclimatised to your surroundings. You’re seeing certain things around you which, for you, don’t make sense, don’t coincide with what you’re seeing as right, or even moral. So you ask those questions from a very early age, in some ways, I think, to not go insane.”

Born in London in 1969 to Grenadian and Trinidadian parents, McQueen knew from the beginning to look at the world differently, and with rapt attention.

“You’re confronted with things and in order to put one foot in front of the other you have to deal with it. Sometimes the process is painful but then you get somewhere and it’s rewarding as well. I want to look things right in the eye. It’s not about being uncomfortable. It’s about owning it.”

I’m in conversation with the globally acclaimed film-maker, director, writer and artist, on the occasion of his new exhibition, Sunshine State. Curated by Vicent Todolí, it is on view at Pirelli HangarBicocca (PHB) in Milan and organised in collaboration with Tate Modern, London. The show — six art videos and one sculpture, entitled “Moonlit” (2015) — continues his ongoing project of immersive observation: the films have a sculptural quality to them, with double-sided screens offering a three-dimensionality that allows viewers multiple perspectives. And there are no casual observers allowed in the worlds he opens up to you.

“You know, dealing with hard narratives is where I want to be. You only find out through making. I’m a film maker.” He breaks up the word, emphasising the latter. “It’s only through practise that you get discovery.”

On the first large screen an aerial image of the Statue of Liberty moves disjointedly as the camera circles from an unseen helicopter. The roar of the aircraft overwhelms you. It is physically disorienting, far from any sense of stability this icon of freedom is supposed to rouse in you. The camera circles closer and you see the wear and tear of the statue, the bird excrement in the armpit, the discolouration of the oxidised copper, its visible deterioration. Like Lady Liberty, western narratives of freedom and equality could use a closer look. The work is called “Static”, seemingly used here as both a noun and adjective.

McQueen’s work often reaches deep to open and touch a place in ways you could hardly have imagined. That visceral undoing is how I felt after watching the 33-minute video installation “Sunshine State”. The work is the only new piece of the seven, and was commissioned by this year’s International Film Festival Rotterdam, though McQueen began thinking about it 20 years ago. Powerfully blending visual and audio storytelling with notions of visibility and erasure, he spotlights perceptions of race and mythmaking, and investigates identity as narrative formation, sharing a powerful and personal piece of family oral history.

The video begins with dual images of a blazing sun projected side by side on two channels on a screen. The accompanying loud sound of rushing air makes it sound like we are caught in a wind tunnel, and the experience feels immersive, hypnotic. Blinding sunlight is the first danger we encounter. McQueen’s voice repeats a frenzied mantra, “Shine on me sunshine state. Shine on me. Shine on me. Shine. Shine. Shine.”

Then new footage appears from the 1927 Hollywood musical The Jazz Singer, with singer Al Jolson in the ritual of applying blackface. We never see the actor’s white face actually morph fully into blackness. What we see are the motions of rubbing on and off, erasing identity, creating false identity, the visible becoming invisible, and vanishing out.

The obvious references here are to the beginnings of Hollywood and its impact on identity and stereotyping — The Jazz Singer was the first talkie — but it is McQueen’s voice we hear. He narrates a harrowing story that his own father shared near the end of his life, about being a migrant worker in Florida decades before, and nearly being killed one night by white men who chased him and two Jamaican friends out of a bar. His father only survived by hiding in a ditch for several hours, and he never saw the two friends again.

McQueen retells the story multiple times, but with each telling he omits different parts of the original narrative until finally it is distilled to select words and phrases. “It’s all about evidence and actuality,” McQueen says. “I needed my father’s story to be told. All we’ve had as black people is oral history.”

Why did he become a storyteller, one who insists on peering intently at something until it yields a necessary truth?

“I suppose because I had to. Growing up, [life] was always about community, how we did things because we knew nobody else was going to do it for us. So we did things ourselves, created an environment to be together and support each other. Community is at the root of everything for me.”

One sees this inherent across a range of his works, and quite visibly in the award-winning 2020 five-part anthology, Small Axe, about London’s West Indian community from 1969-1982. It won the LA Film Critics Award and five Bafta awards.

“It’s very important to tell these stories. It’s [partly about] healing but also because these stories were not being told; they are part of British history that hadn’t been put in the canon of British cinema. They are stories of triumph: the repercussions of black resistance, the evidence of it in Great Britain is there for all to see. But there was resistance going on in Africa, the Caribbean, America. I’m a child of the diaspora. The majority of my family are in the US as well as the West Indies. My heritage is from Ghana. It’s always been bigger than the shores that apparently hold me. It’s beyond nationalism. It’s about us, whoever we are and wherever we are.”

“I saw the world [through certain films]: how people fell in love from Japan to Hungary; how people broke bread in all those countries too. It intrigued me how cinema can [reveal] that within the uniqueness there can be universality.”

McQueen is no stranger to accolades. His visual arts work has been shown in solo exhibitions worldwide, won the Turner Prize in 1999, and in 2009 represented Britain at the Venice Biennale. His first feature film, Hunger (2008), won the Camera d’Or for best debut feature at Cannes Film Festival, and in 2014 12 Years a Slave won three Academy Awards including Best Picture, making him the first black film-maker to win the top prize. He’s been awarded an OBE and CBE and just a few weeks ago was knighted for his services to art and film. He has made sculptures, art videos, feature films, documentaries and a mini-series.

With such a varied practice, McQueen is impossible to pigeonhole. But, throughout, his work is rooted in a new recognition of complex histories, inviting us to consider fresh possibilities of the world we think we already know, shifting our perspective with his camera, with colour, with sound. In this new exhibition, too, there are his recurring themes of power and freedom. A striking interplay of light and darkness between the site-specifics, the works themselves, and how the show is curated, is a larger metaphor for his bigger project of illuminating, spotlighting what may have been right in front of us yet we missed until now — how everything, everybody holds a narrative, the constant interplay of past and present, how histories continue to affect current realities.

“Sometimes the abstraction is more truthful. It’s not necessarily what you see, it’s what you don’t recognise. Often, it’s about the familiar and the unrecognisable,” he says. “But I’m not interested in putting people in a straitjacket. It’s not my job [to tie one work into a past one].”

“I want to be in the centre of something happening with people, to capture moods and moments. For me the camera is like a magnifying glass. It’s all about finding ‘it’ and once you’ve got it, to not be afraid of it. My thing is, I don’t want to make anything bigger than me because I want to look at it, take the blinkers off and deal with what’s in front of me, and interpret it. I want it to be as it is in order to see it the best way I can.

“Don’t get me wrong,” he clarifies, “it is always an interpretation . . . but it’s a piercing of the armour. Which sometimes is very uncomfortable, but also extremely rewarding.”

Yet despite the intense and evocative nature of his work, McQueen is not interested in being prescriptive.

“Art can act as a thermometer to test the climate, the temperature we’re in, to test how far we’ve come and also how far we need to go. As an artist, your main sort of reference is to ask ‘What if?’ You need room to experiment and explore.

“My work is just storytelling. It’s as simple as that. I’m just as interested in the abstraction as the literal. [ I come back to] evidence. Recognising. Sometimes you’re out of fashion, sometimes you’re in fashion. But popularity is not my interest. My interest is following the work and choosing to be truthful. At the end of the day I have to lie in bed and look at myself, and that’s it. I can’t take the easy road. It’s about the work. The work tells you what to do. It tells you how to move, how to ask questions. You don’t have a choice.”